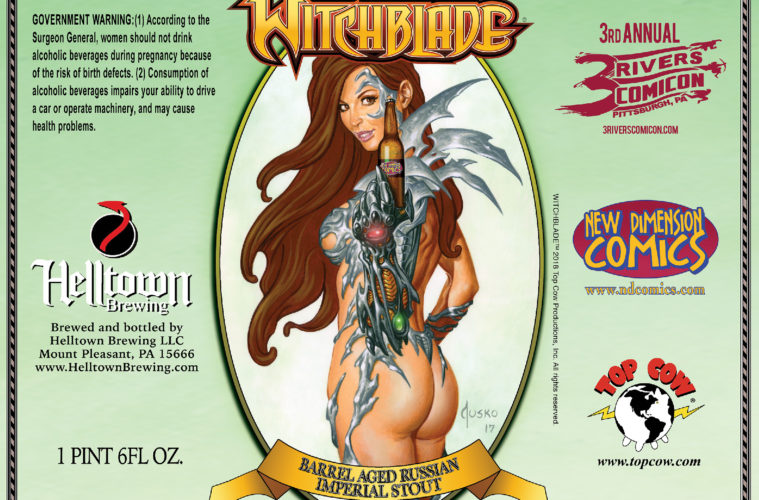 Matt Hawkins at 3 River Comicon on May 19th and 20th! He will be at Booth #101 all weekend long. Attendees will receive a complementary Top Cow graphic novel, and Matt will be signing and give away free comics.

There will be a special night to debut the new Witchblade beer by Helltown Brewing. The label was drawn by fan favorite, Joe Jusko! 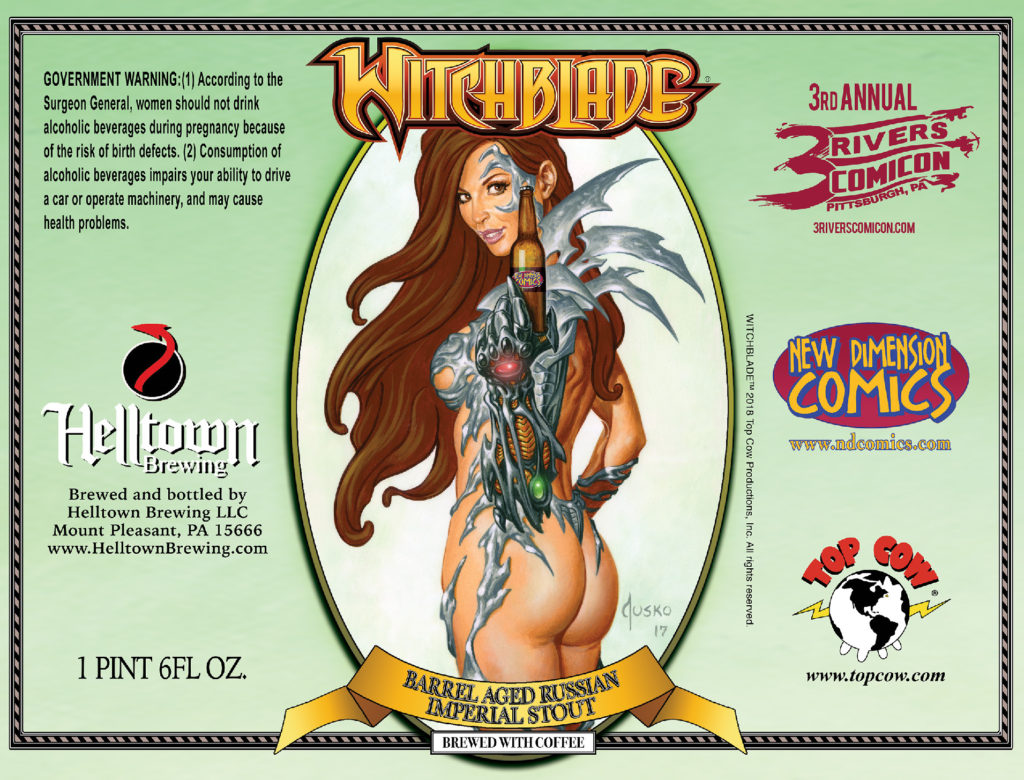 3 Rivers Comicon, hosted by New Dimension Comics, has commissioned a custom beer by Helltown Brewing featuring original bottle label art from Witchblade and will host a bottle release party on May 19, 2018.

“Every year the beer gets more amazing for 3 Rivers Comicon .”, says Todd McDevitt, owner of New Dimension Comics and promoter of 3 Rivers Comicon. “For our 3rd year, I’m excited to partner with Top Cow to bring Witchblade to our custom beer. Plus, when legendary painter Joe Jusko signed on to lend his brush the label, I knew the perfectness of this project was complete.”

The exclusive beer will be brewed by Helltown Brewing, based in Mt. Pleasant, PA. Witchblade Barrel Aged Russian Imperial Stout brewed with coffee added this year. “For the last two years, Helltown made a secret, small batch coffee variant for our beer release party during the convention, “ says McDevitt. “Barrel aged coffee beers are my personal favorite, and I wanted to share my joy with everyone this year. Helltown is my choice to create this custom brew for the 3rd year because they do such great, delicious work!” This beer will only be made exclusively for 3 Rivers Comicon and New Dimension Comics.

May 19th at 7:00 is the bottle release party at 3 Rivers Comicon in West Mifflin. Top Cow President Matt Hawkins and artist Joe Jusko, will be on hand to autograph bottles. Tickets at $39.99 include weekend admission to 3 Rivers Comicon, catered food, and free samples of the custom beer. Or, fans can catch up with previous years bottles with the Triple VIP ticket for 69.99 and go home with a bottle from all three-years.

About 3 Rivers Comicon: The annual comic convention will be held May 19-20 at 3075 Clairton Rd., West Mifflin, PA. Bringing comic creators, fans, and vendors together for a true comicon in Pittsburgh. Website: www.3riverscomicon.com