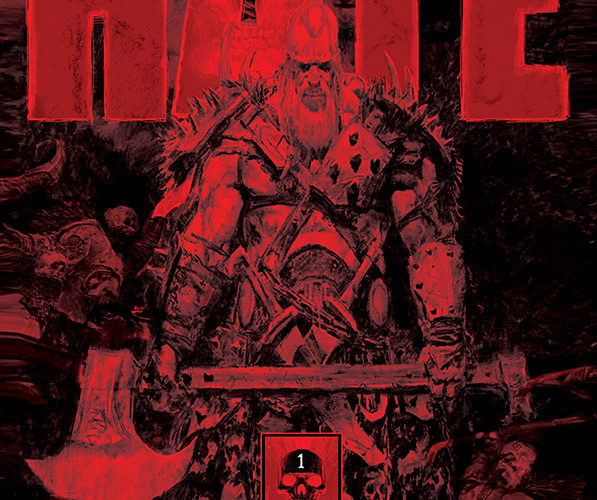 Here’s what you can look forward to finding at your local comic shop this December from Top Cow! 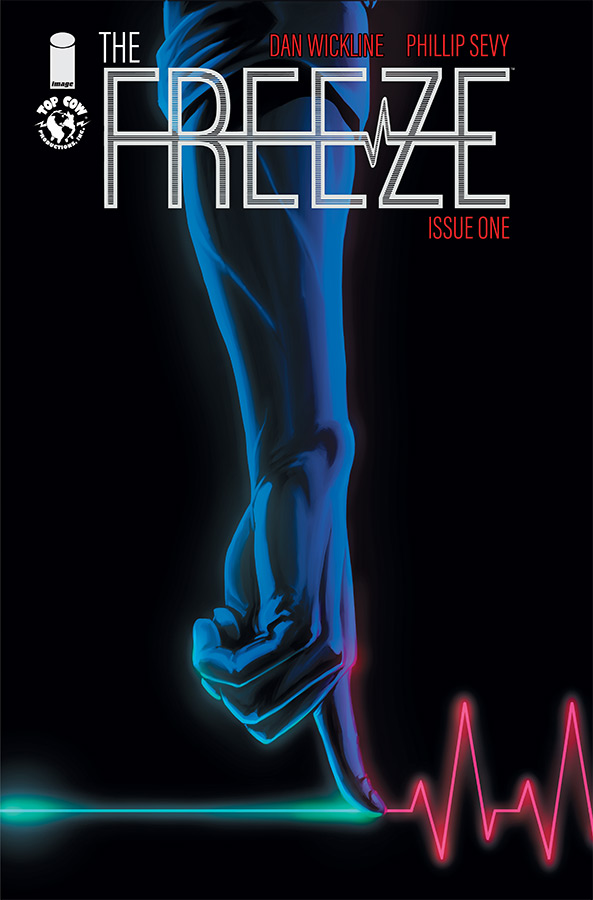 The entire human population is frozen by a mysterious global event… all except Ray, and only he has the power to unfreeze them. Now with the fate of the world in his hands, he must figure out what is going on, how to set things right again, and answer the question: does everyone deserve to be saved? 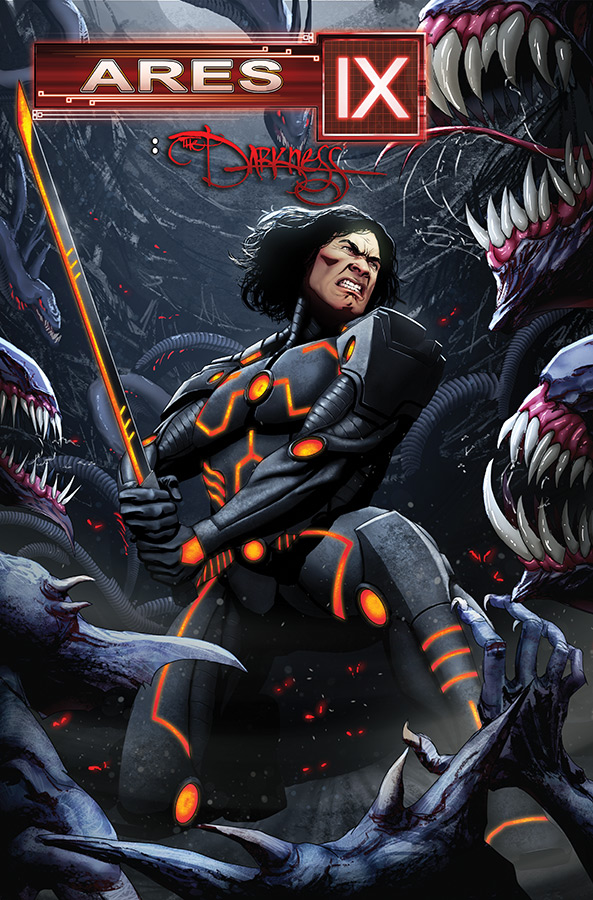 AN ALL-NEW ONE-SHOT FROM TOP COW TALENT HUNT WINNERS! Witness the untold chapter of a Demi-God’s story. After the Ascension of the IXs, Ares finds himself drawn to a mysterious catacomb. What he finds there will redefine his past, his future, and the entire IXth Generation! 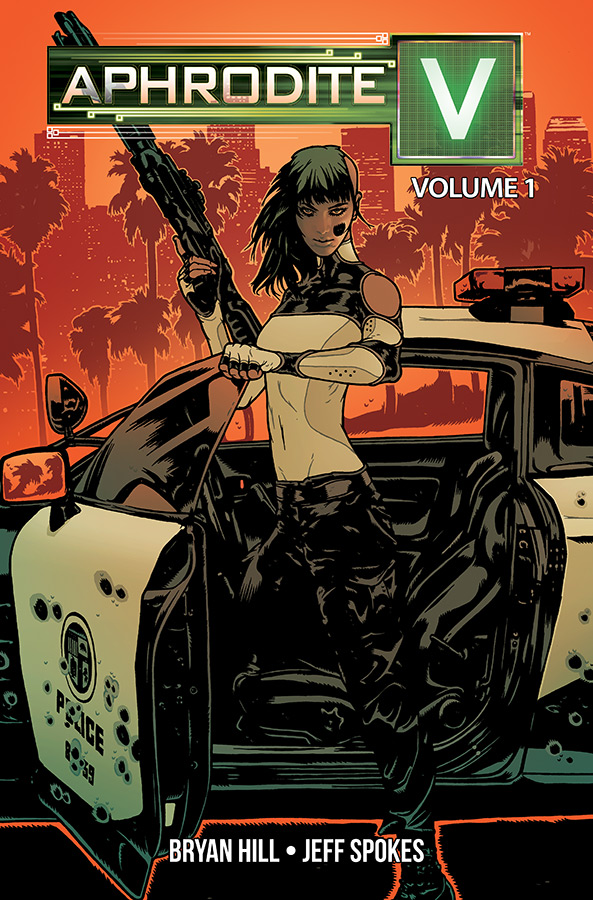 In the near future, Los Angeles is a city on the brink of evolution, struggling with a new wave of terror powered by black market technology. Enter Aphrodite V: a fugitive from her masters, seeking individuality and purpose. She is the bleeding edge of biomechanics… and Los Angeles’ best hope against a new enemy that seeks to become a god among machines. One machine wants to destroy the city. Another has come to save it. Only one will survive. Collects APHRODITE V #1-4 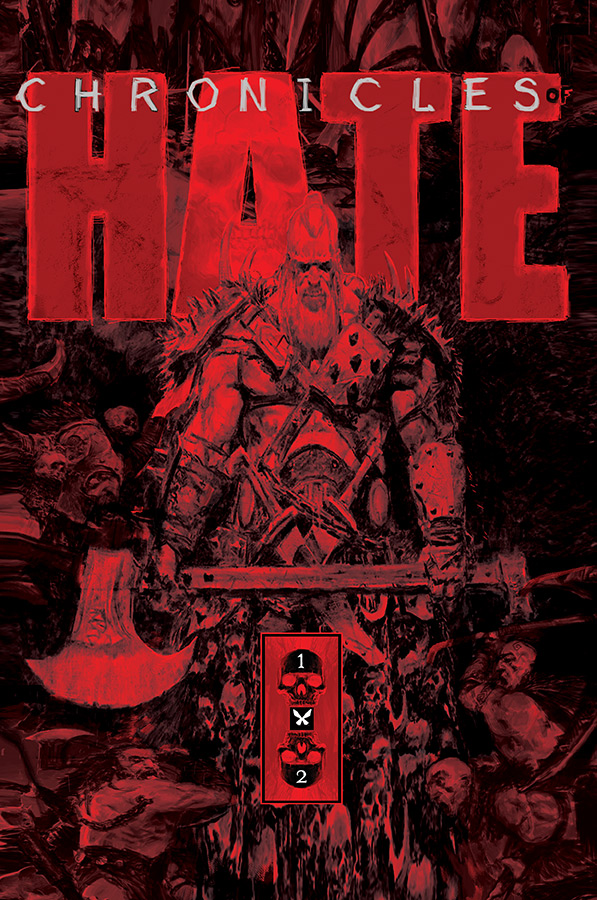 In a world where the sun is frozen and the moon burns, an unlikely hero rises to free the Earth Mother from her chains. This isn’t a world for the weak. All we know is HATE. Following the massively successful Kickstarter board game based on internationally recognized painter ADRIAN SMITH, CHRONICLES OF HATE is recollected in this oversized trade paperback. TRIM SIZE: 8”x12” 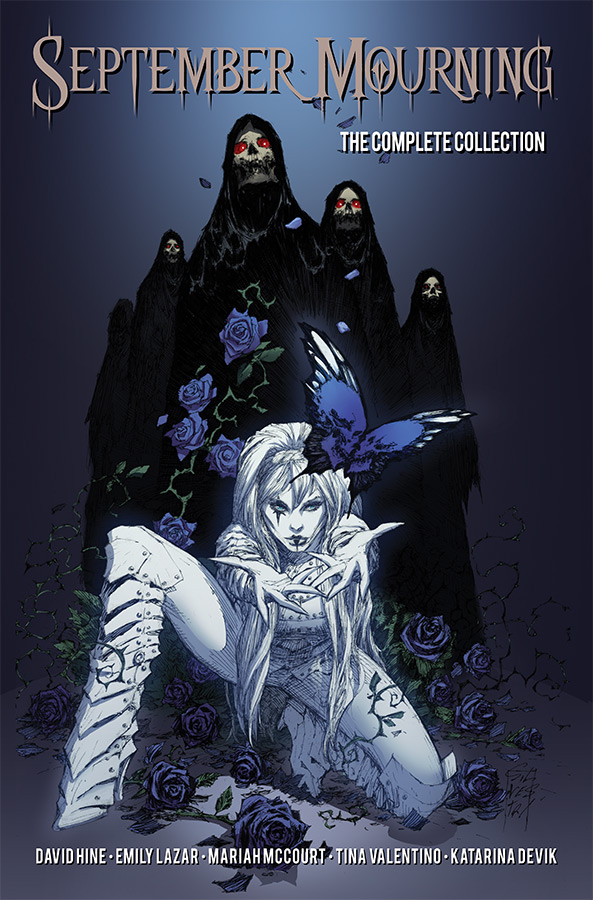 In a world where Reapers prey on the souls of the living, imprisoning them in the shadow-land of Mortem, there is one last hope for humanity. Her name is September Mourning. Half human, half Reaper, she takes the souls of the wicked so the innocent can live again. September has joined forces with a woman who was murdered and restored to life, and a young blind girl who sees only the dead. Together, as The Trinity, they set out to fulfill a prophecy that will finally free all the lost souls trapped in Mortem. In conjunction with the release of this book, September Mourning will be releasing new music via Sumerian Records which will bring further life to the storyline. Collects SEPTEMBER MOURNING #1-4 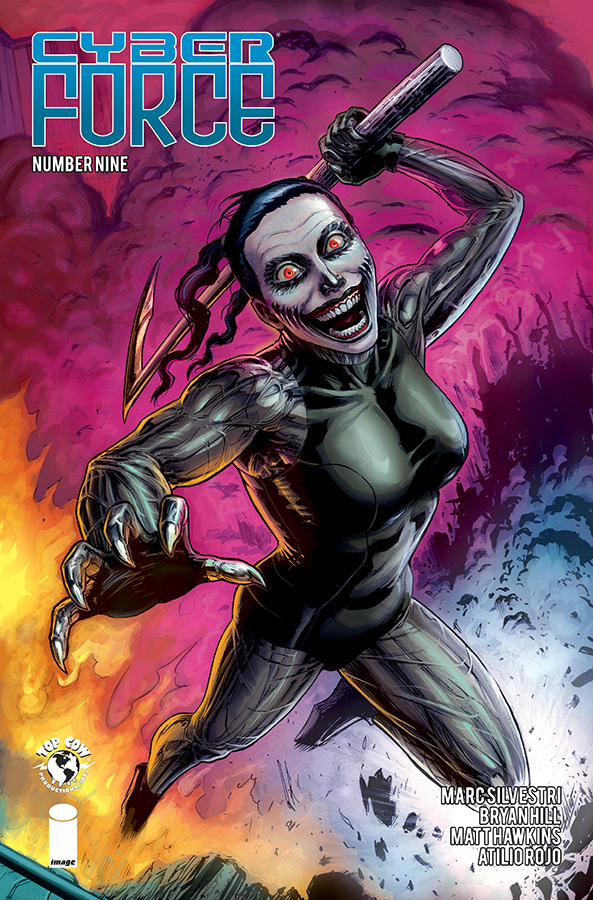 It’s the brutal man-machine hybrid Leviathan vs. Cyber Force as Morgan, Ripclaw, Velocity, and Aphrodite face off to save the fate of a country caught in the center of The New War for Technology. Who will own the future? 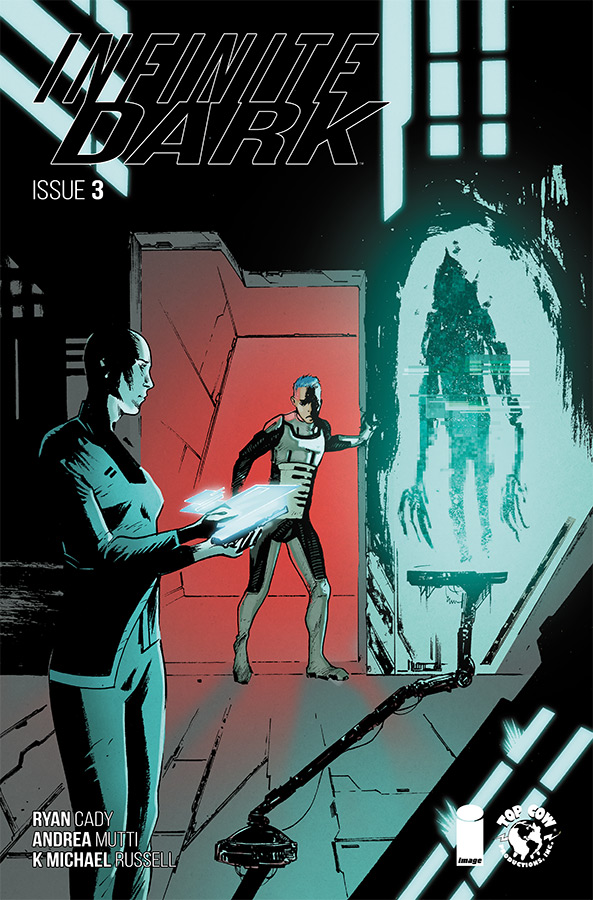 With only backup power available to the Orpheus and panic setting in, Deva returns to the Dark Sector to stop a mad techno-linguist from destroying the last pocket of reality… and risks directly exposing herself to the Entity outside. 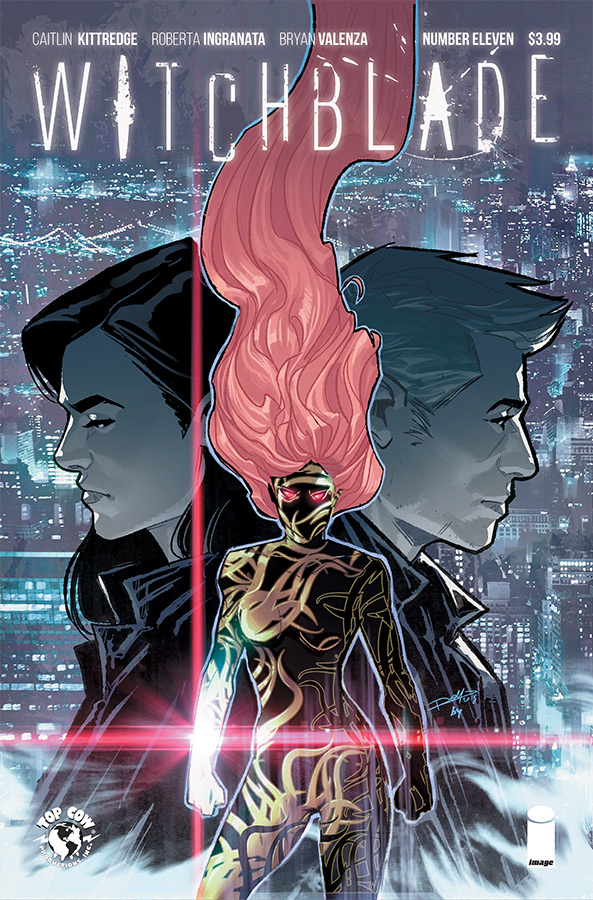 “GOOD INTENTIONS,” Part Five N-GEN makes a move, Alex makes a choice, and everyone she loves suffers the fallout.