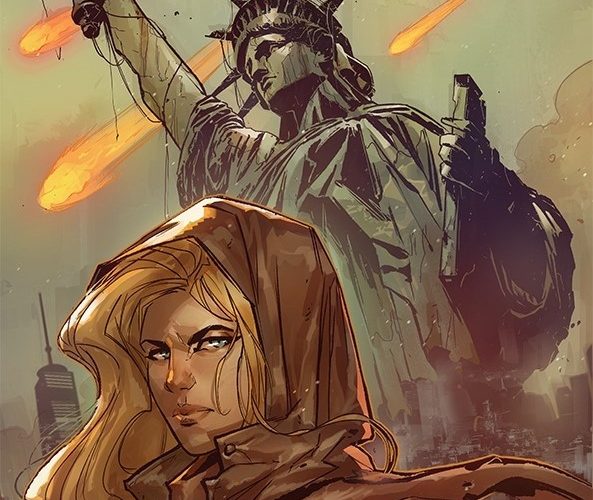 Here are all the Top Cow comics scheduled to release March 2019!

The end of the beginning. Stryker and Cyber Force seek freedom from their masters, but their masters won’t let them go without a fight. Are they weapons in service of those that created them, or can they choose their own destiny?

In a world where sunlight is deadly, a dangerous and bold new villain challenges the city’s true source of power, leaving Nick Brandt and the city’s solar tycoons panicked, our demoralized and defeated heroes David Baxter and Cielo Brandt threatened with peril, and the people in the streets burning.

Gavin has narrowed down the search for the killer and Maria finds herself in a very bad situation. A single moment will change the new society forever…

The universe ended, but humanity survived. And for years, the passengers and crew of the vessel Orpheus found the endless void between realities to be a surprisingly peaceful home. Then they found a body—bloodied, brutalized, and surrounded by inscrutable runes. As Security Director Deva Karrell investigates the Orpheus’ first murder, she’ll come face-to-face with from beyond the confines of time itself… Collects INFINITE DARK #1-4

“LAST DAYS,” Part One Transported five years into the future by the shockwave of a failed spell, Alex, Ash, and Majil must find a way back home—but the New York they knew is gone, and an apocalyptic wasteland ruled by demons stands between them and their ticket back to the present.