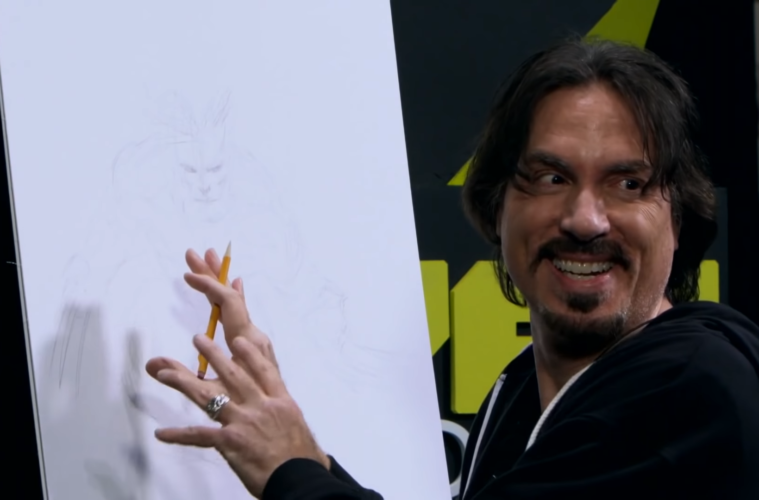 We’re still recovering from the fantastic time we had at C2E2! Top Cow founder, Marc Silvestri, was a guest at this year’s major con in the Windy City. Marc was asked to draw on the SYFY Wire stage with host Angelique Roche.

They had an interesting discussion about how Marc really feels about Batman and Wolverine:

“Batman is my favorite character, but let’s admit what he is,” noted Silvestri. “He’s a sociopath. That’s what he is. If were going to ask you who you wanted to be in a bar [with] and have a beer with, would it be Wolverine or Batman? I would say Wolverine, because he’s the guy you can trust. You can hang out with him. He’s got a code of honor and all that. Batman, you can’t trust that guy, because he’s after one thing: the bad guy. And he doesn’t care what’s between him and the bad guy. He’ll shiv you in the back to get to the Joker.”

Check out Marc’s interview and witness the master at work thanks to SYFY Wire!