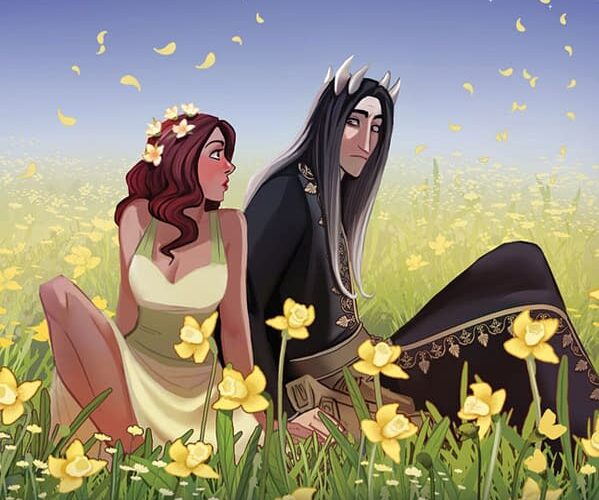 About PUNDERWORLD: Hades and Persephone’s love-struck misadventures. The classic tale of Greek mythology, but 100 percent more awkwardly relatable. Hades is the officious, antisocial ruler of the Underworld. Persephone, daughter of Demeter, is an earth goddess of growth and renewal—they’ve been crushing on each other for the past two centuries. But when a festival (and a little liquid courage) present an opportunity to put an end to their olympian will-they-won’t-they, a meddlesome pantheon and several titanic misassumptions threaten to give every god in the sky the wrong impression…and leave their romance dead before it can bloom.

Punderworld has 13 million hits with 350K subscribers, according to the WEBTOON page.

You might have caught Bleeding Cool’s exclusive scoop that Top Cow & Image Comics is bringing the first season to print in August.

Linda Šejić tells Bleeding Cool “Punderworld allowed me to incorporate all the things I loved the most since I was in high school: Mythological beings in their unlimited creativity, which always tickled my imagination set in a fantasy setting with lots of nature morphed into an awkward comedic romance. I am beyond excited about getting it printed, and I can’t wait to hold it in my hands.”

Want to pre-order the book? We couldn’t have said it any better than what was published in the Image Comics press release: